Acute Rhinosinusitis, generally a self limited illness, is treated with antibiotics, decongestants and local measures such as vaporizers, humidifiers and nasal saline irrigation. Chronic Rhinosinusitis, a more protracted illness, is also treated with the above measures as well as nasal steroid spray or oral steroids. Steroids, also called Prednisone, are anti-inflammatory drugs that have a profound local positive effect on tissue swelling and promote improved function. The periods and length of treatment with medications for chronic sinusitis are often longer and more frequent. In addition, if associated allergy exists, a number of additional medications can be prescribed such as antihistamines and antihistamine nasal sprays. We generally refer our patients to a nasal and sinus allergy specialist for additional management which is extremely important to control underlying allergic and environmental factors.

There are a number of allergists that specialize in the nose and sinuses and their expertise will often positively influence overall outcome. Such therapy includes medication and avoidance of known allergens following testing. In some instances the team does prescribe anti-fungal or other nasal washes for the nose and sinuses. For additional information on nasal washes please review Medical Center Speciatly Pharmacy and Neil Med. The overall goal of any combination of medications and allergy treatment is to improve symptoms and enhance quality of life. The overall goal of medical treatment is to control tissue inflammation and improve symptoms and is often used in combination with surgery in the management of chronic rhinitis and sinusitis. Keep in mind that structural problems such as a deviated nasal septum and various narrowing of sinus passages impacts on our management plan and surgical correction of such structural problems enhances the positive impact of medical treatment. 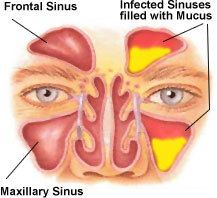 Swelling in the nose and osteomeatal complex causes blockage of the sinuses and pus [yellow fluid] builds up in the sinus cavities. Similar findings are often noted in chronic sinusitis but the changes are generally persistent. 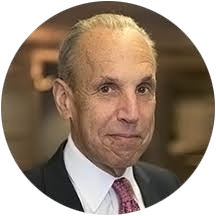